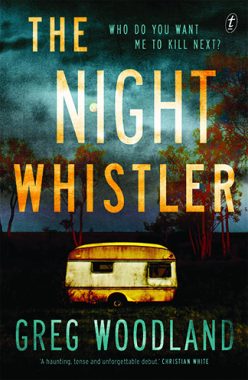 Are you lonesome tonight...

It’s 1966. Hal and his little brother, newly arrived in Moorabool with their parents, are exploring the creek near their new home when they find the body of a dog. Not just dead, but recently killed. Not just killed, but mutilated. Constable Mick Goodenough, recently demoted from his city job as a detective, is also new in town—and one of his dogs has gone missing. He’s experienced enough to know what it means when someone tortures animals to death: it means they’re practising. So when Hal’s mother starts getting anonymous calls—a man whistling, then hanging up—Goodenough, alone among the Moorabool cops, takes her seriously. The question is: will that be enough to keep her safe? Nostalgic yet clear-eyed, simmering with small-town menace, Greg Woodland’s wildly impressive debut populates the rural Australia of the 1960s with memorable characters and almost unbearable tension.
PURCHASE THE BOOK 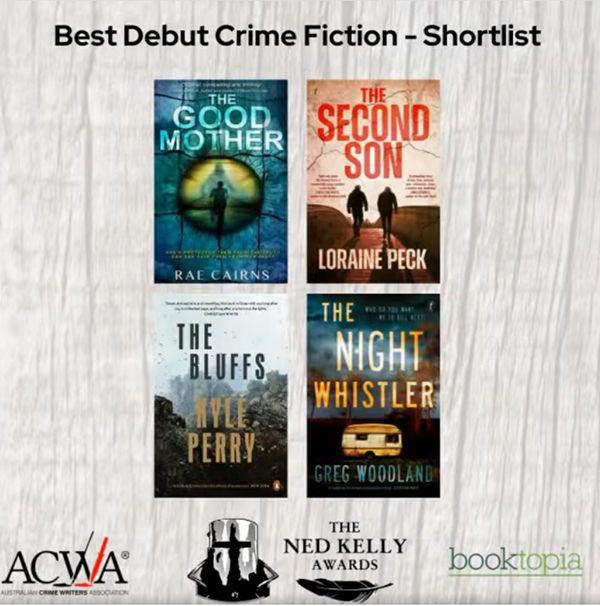 The Night Whistler nominated for a Ned Kelly Award

Greg’s debut novel, The Night Whistler, has been nominated for Best Debut crime novel in the prestigious Ned Kelly Awards. The Ned Kelly Awards are Australia’s oldest and most prestigious recognition, honouring published crime fiction and true crime writing. Winners will be announced in October.

Greg Woodland comes from a screenwriting and filmmaking background, and The Night Whistler is his debut novel.

He has made several award-winning films including Tripe, Sharky’s Party, Green, Your Turn and feature documentary Chasing Birds, all of which screened in national and international film festivals, and were broadcasted by ABC, SBS, BBC, Channel 4, Fox TV and others.

Greg was a script consultant to Australian film funding bodies for 20 years and has been running his independent script development business, Script Central, since 2003. He has also taught screenwriting at Macquarie University, University of Technology Sydney, AFTRS, NIDA and Metro Screen. 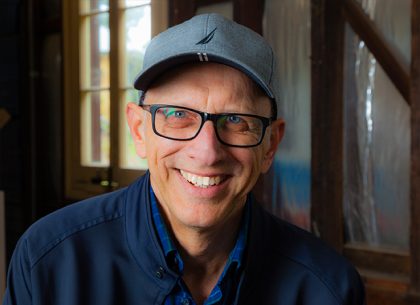 PRAISE FOR THE NIGHT WHISTLER

Available from your
favourite booksellers.

Available from your
favourite booksellers.

INSPIRED BY
A TRUE STORY…

“I grew up in the 1960s in a typically bigoted small town in Central North NSW and something happened to my family back then that I later spent a lot of time trying to make sense of. My dad was a commercial traveller and he’d go away for weeks on end leaving Mum in charge of five small boys. And if that wasn’t enough, for one whole year she had what we’d now call a stalker.

She called him “the nuisance caller”, “the prowler”, “the Whistler”, and she tried to keep him secret from the kids, but some of us knew.

To us he was this mysterious menacing bogeyman who always managed to evade our dad’s or the cops’ attempts to catch him and when they were gone he’d come back tapping on windows and frightening the heck out of us.”

“Many years later I wrote a screenplay about it that almost but never quite became an international feature film. I have been an avid crime fiction fan all my life and when I decided to write a novel I took that script as the spark for this book, added a truly chilling psychopath and a brilliant former Homicide detective, someone who had burnt himself out working an unsolved double murder case like the Wanda Beach Killings… And he recognizes similar traits in the person who killed his dog, and other pets and is now terrorizing a woman new to the district and her two kids, when their father is away on business. After writing many scripts and another novel this is my first foray into rural crime or ‘bush noir’. I’m very excited to be appearing on the same shelves as my Text heroes Peter Temple and Garry Disher, and I hope you find the book a compelling read and like my characters, good and evil, as much as I do.” 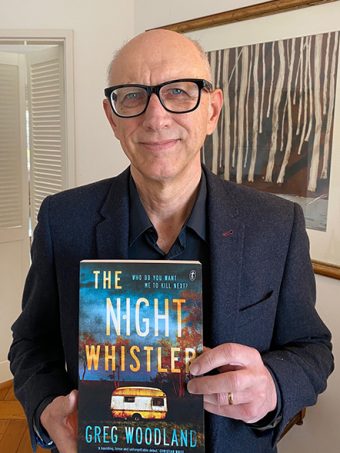 Greg Woodland is represented by: